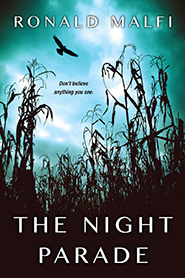 There are writers and then there is Ronald Malfi. From the first chapter of The Night Parade, it was evident that Malfi’s caliber of writing was a notch above what I’m used to seeing from the genre. The verbiage and imagery raised the writing into something majestic. It makes me want to throw away my laptop and quit pretending that I could ever write something of this quality. OK, maybe that’s a bit harsh, but you get where I’m going with this.

The Night Parade starts out with David and his daughter Ellie on the run from the government. There’s an illness going around called Wanderer’s Folly and it makes people hallucinate and bleed out of their noses before they either drop dead, kill themselves or kill someone else. The CDC doesn’t know if it’s spread by air or contact or if it’s somehow imbedded in our DNA and something has caused it to turn on in some people. All they know is David’s wife, Kathy, was immune before they killed her off testing her to death and that Ellie is also immune…and they want her.

The story has a nice slow build up that ratchets the tension to the breaking point. Malfi also uses a series of flashbacks that slowly unravel the past slowly before our eyes. It’s extremely effective in teasing the reader with just enough information that only leads to a whole slew of more questions that need answering. The characters are vivid and masterfully three-dimensional where you can literally feel the tension and exhaustion that David is going through in your bones. The Night Parade has shades of Firestarter, Swan Song, and The Dead Zone all mixed within, yet at no time does it feel derivative. It has everything that I look for in a great story – strong characters, realistic dialogue, a slow build up of tension that leads to a climactic ending, and a lasting impact that keeps you thinking about the story long after you’ve closed the cover.

5 Oriole Eggs out of 5
* I received this ARC from NetGalley in exchange for an honest review
You can also read my other reviews and author interviews at: 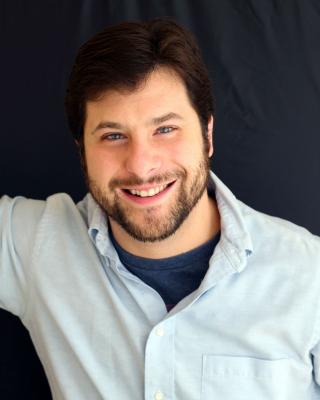 First the birds disappeared.
Then the insects took over.
Then the madness began . . .

They call it Wanderer’s Folly–a disease of delusions, of daydreams and nightmares. A plague threatening to wipe out the human race.

After two years of creeping decay, David Arlen woke up one morning thinking that the worst was over. By midnight, he’s bleeding and terrified, his wife is dead, and he’s on the run in a stolen car with his eight-year-old daughter, who may be the key to a cure.

Ronald Malfi is an award-winning author of many novels and novellas in the horror, mystery, and thriller categories from various publishers, including The Night Parade, this summer’s 2016 release from Kensington.

Most recognized for his haunting, literary style and memorable characters, Malfi’s dark fiction has gained acceptance among readers of all genres.

He was born in Brooklyn, New York in 1977, and eventually relocated to the Chesapeake Bay area, where he currently resides with his wife and two children.

“I thoroughly enjoyed this book. The setting, the words, the ending. Color me impressed.” –Melissa Reads on The Night Parade

“The Night Parade has a creepy vibe and some genuinely terrifying moments. I even teared up a time or two. It’s everything I look for in a great read.” – Frank Errington on The Night Parade

“One cannot help but think of writers like Peter Straub and Stephen King.”
—FearNet

“Malfi is a skillful storyteller.”—New York Journal of Books

“A complex and chilling tale….terrifying.”—Robert McCammon

“A thrilling, edge-of-your-seat ride that should not be missed.”
—Suspense Magazine

Amazon
Barnes & Noble
Want to feature this book/author?
If you are a blogger, author, or member of the media and you would like to feature The Night Parade or Ronald Malfi in a review or interview, please contact Erin Al-Mehairi, publicist, at hookofabook@hotmail.com. Thanks!