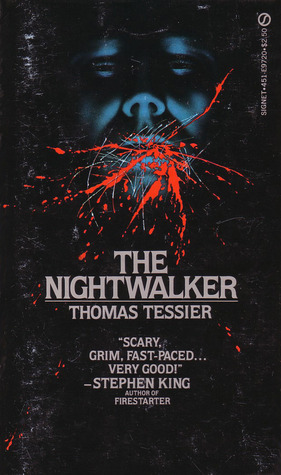 I remember seeing The Nightwalker on some list of must-reads by Stephen King. I knew most of the books on the list, but the Nightwalker was one that I hadn’t heard of. So, on a trip perusing through my local used bookstore, low and behold, there it was. I snatched it up and it sat dormant in my TBR pile for some time. Lately, I’ve been trying to make a dent in the aforementioned pile and The Nightwalker’s time had finally come. For those of you that don’t know, The Nightwalker is a werewolf novel that doesn’t feel like werewolf novel. In fact, the whole time I was reading it, I kept thinking “this feels like An American Werewolf in London”. The story telling has many of the same qualities. It’s fast paced. You don’t know quite what’s going on and once you think you do, you still don’t know how they’re going to end the story. There’s obviously the fact that the protagonist is American and yes, he’s in London, but beyond that, the the storytelling has the same gritty quality to it.

Bobby is an American in London that is in a relationship with an English girl he met not long ago. Lately, Bobby isn’t feeling right. He’s overcome with these sudden urges and that he can’t control. One minute he’s fine, the next his hands start tingling and eventually rage consumes him and someone ends up dead. It’s getting worse and worse and he’s afraid to examine it. In fact, he’s starting to like it.

Like I said, The Nightwalker is a werewolf story that doesn’t like to let you know that it’s a werewolf story. There’s no encounter with a werewolf that starts the story off. No bite or scratch. In fact, Tessier teases you with the idea that it might be from reincarnation and curse from long ago that suddenly awakens. I really enjoyed the vagueness of the origins and the storytelling, in general. It lets you come to your own conclusions and I think it fit the story perfectly.

You can also follow my reviews at the following links: